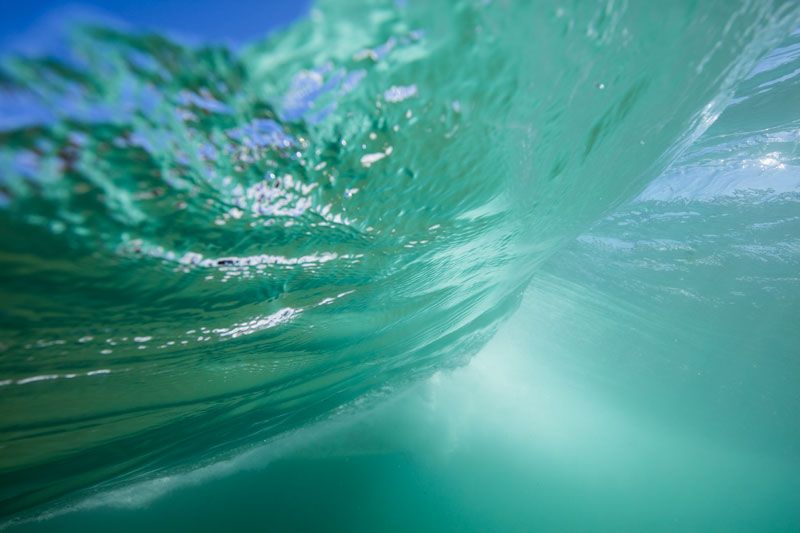 Green is my new favourite colour
Putting your DSLR in the water is not a clever idea, but it’s not the first time I’ve almost ruined one. Trying to make my old tripod last longer than it should have I was perched beside Torquay harbour, forced to watch as the sandy legs gave way in what felt like slow motion. Two bounces and it was in the drink – never to be used again.
Luckily this time the lovely people at Nauticam have a very cool piece of kit that covers up my Canon 5DS with a waterproof housing. The NA-SDSR has a vacuum check system to ensure your gear is kept dry. A green light lets you know that everything is okay and allows you to just concentrate on your composition. A yellow light is a warning. Sand or debris have compromised the air tight housing. A red light means draw your camera out of the water as if it were Excalibur. There is a leak.
Thankfully I have only had the green light - so far. The vacuum system is great, but even the traffic light warning system can't banish all paranoia. On the first time of use I stood up to my waist in East Portlemouth, hovering it above the water. I stared at the green light, torn between my desire for a picture and worry for the camera. From behind my wife shouted 'just stick it in the water' and with a deep breath I took the plunge. 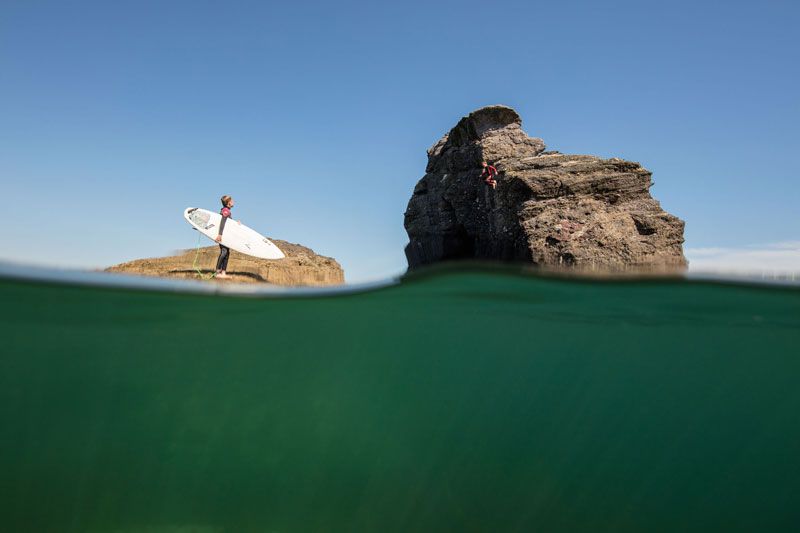 I needn't have worried. The housing has been brilliant. I've been hit by some big waves and both me and the camera have come through unscathed.
Stopping worrying about the camera and concentrating on the composition has enabled me to get some great shots. The image 'when we were young' was a spur of the moment thing.
I'd swam out to take a picture of Thurlestone Rock at high tide. Swimming one handed with the housing in the other is a difficult task, and so I powered through the water wearing my flippers. On the rock I found two young lads about to head home after a day of surfing and jumping off the rock. I swam as fast as I could to get in position. As he was about to jump his friend turned towards him, surfboard under his arm.
I couldn't have placed him better. A minute later and they were gone.
It's one of my favourite images of the year.
After that I headed to the front of the rock to carry on with my original idea for a picture. Under/Over - split level images - are some of my favourite images to take. It gives me an excuse to get in the water - not that I need one.
I've met some great people and had lots of laughs bobbing around in the water.
It might even get me on a plane to a tropical climate.
Maybe. 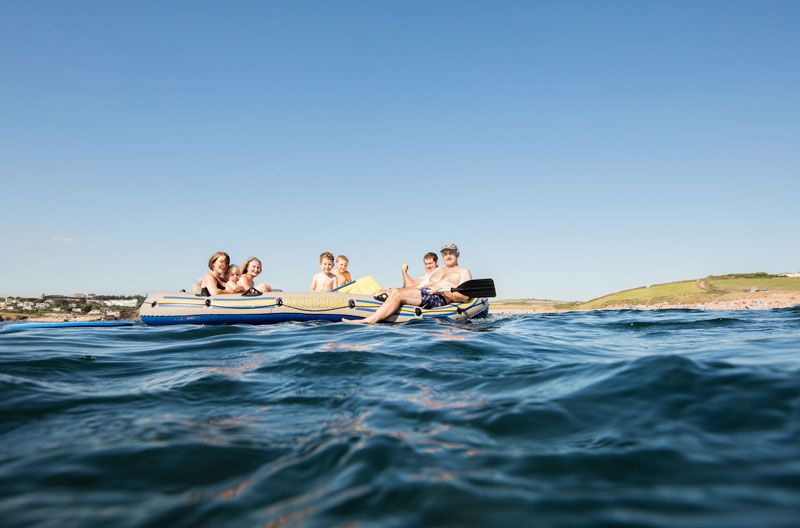